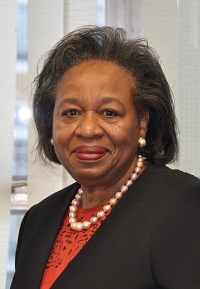 Prior to assuming her current position as Senior Advisor to the NINR Director, Dr. Bryan served as Acting Director of the Division of Extramural Science Programs (DESP) and Special Assistant to the NINR Director, since 2012. She was previously Deputy Director, DESP and Chief of the Office of Extramural Research Administration. Dr. Bryan also previously served as Chief of NINR’s Office of Extramural Programs (OEP), overseeing the Institute’s scientific portfolios and initiatives as well as research training programs.

Dr. Bryan began her career as an RN in the obstetrics and gynecology unit at the University Hospital of the West Indies, after receiving her diploma in nursing there. She went on to earn a bachelor’s degree in psychology as well as master’s and doctoral degrees in experimental psychology with a focus on developmental psychology, at Concordia University, Montreal. She joined NINR in 2001 as program director for infant, child, reproductive, and family health, after completing a three-year fellowship at the Eunice Kennedy Shriver National Institute of Child Health and Human Development (NICHD) and having held several academic and research positions.

Dr. Bryan has received several awards including the NIH Director’s award in 2009, the NINR Director’s Leadership Award in 2009 and, in 2011, the NIH Equal Employment Opportunity Award of the Year for outstanding contributions in advancing equal employment opportunity at NINR and at the NIH, while promoting the understanding of nursing science.